This exemplary development inserts 76 new homes into a conservation area in a historic market town and preserves a lime-tree avenue and a listed water tower, creating a beautiful setting for popular homes. In addition to large detached houses, it includes affordable family houses and smaller homes for the over-55 market.

The development won a RIBA National Award in 2016. On presenting the award the judges commented:

The Avenue represents the best of new housing developments: a committed client, a skilled architect, and a site with a fabulous mature landscape. The lack of a pattern book of designs meant the architect was able to develop its own kit of parts, without reducing individuality or variety across the scheme. The palette of materials is traditional but the detailing is modern and crisp. The housing off the main avenue forms a series of courtyards that strike a clever mix of coherence and community for the owners. This is a great lesson in defensible space without the requirement for any signage – simple and successful urban design in action.” 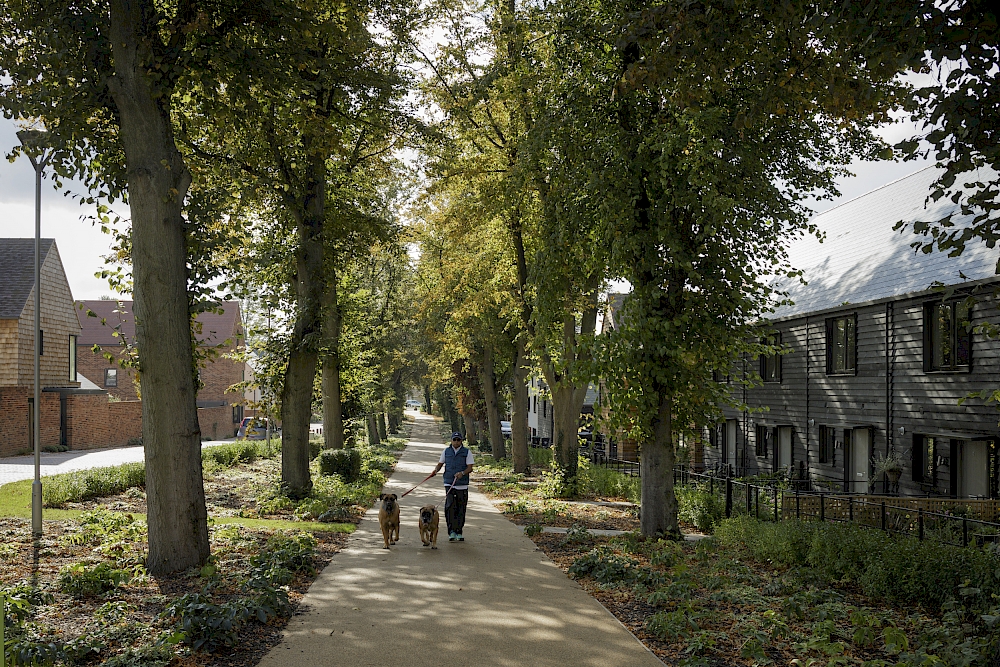 Saffron Walden is one of England's most beautiful market towns and the design of 'The Avenue' uses this existing context to brilliant effect. This is exactly the kind of scheme that challenges identikit houses by showing how to do something more contextual.”
“
Richard McCarthy, Director General for Housing and Planning, Department for Communities 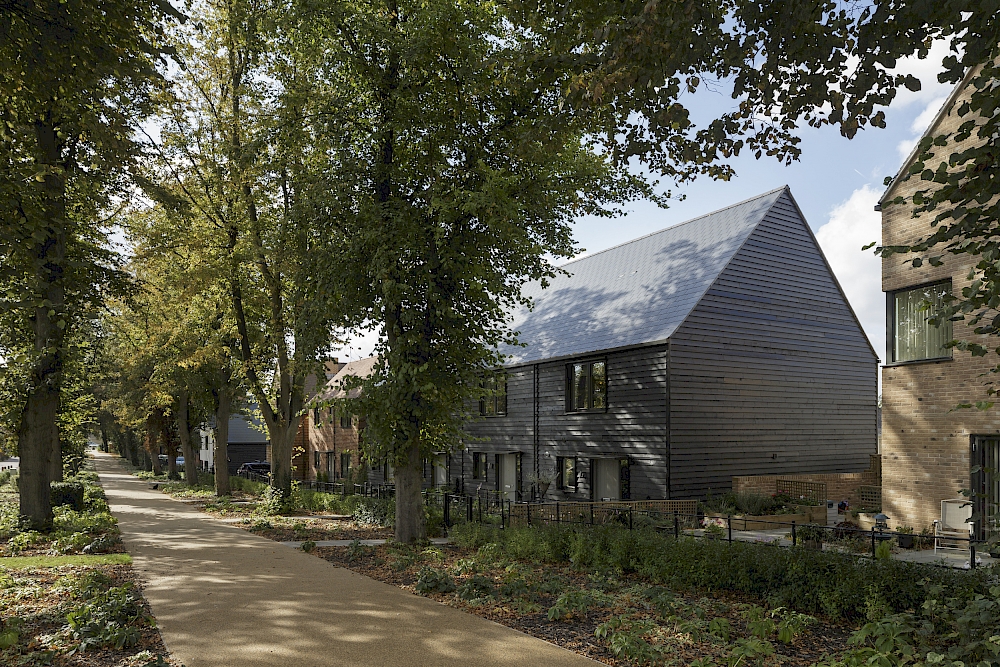 It is a pretty unique design style, but still picking up on certain parts of the local design vernacular. When we look out the front of the house, although we’re looking out onto a roadway, there isn’t any concrete, there isn’t any tarmac. There’s a nice contrast of brick to woods to greenery. That attention to detail means that you’ve got the variety that everybody seeks in the places that they want to live, rather than just living in another box next to another box.”
“
Resident 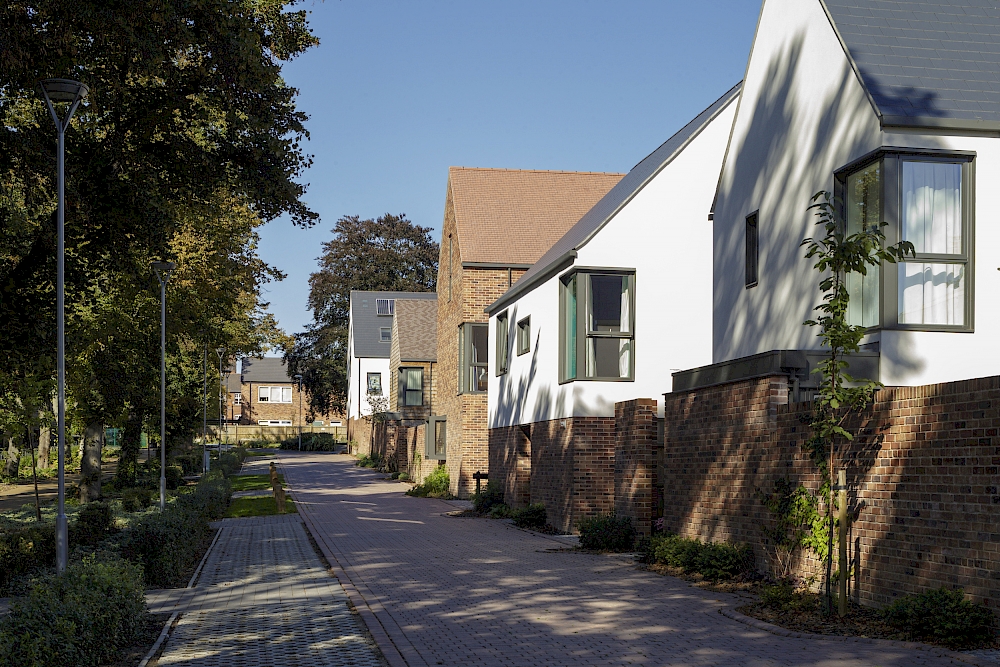 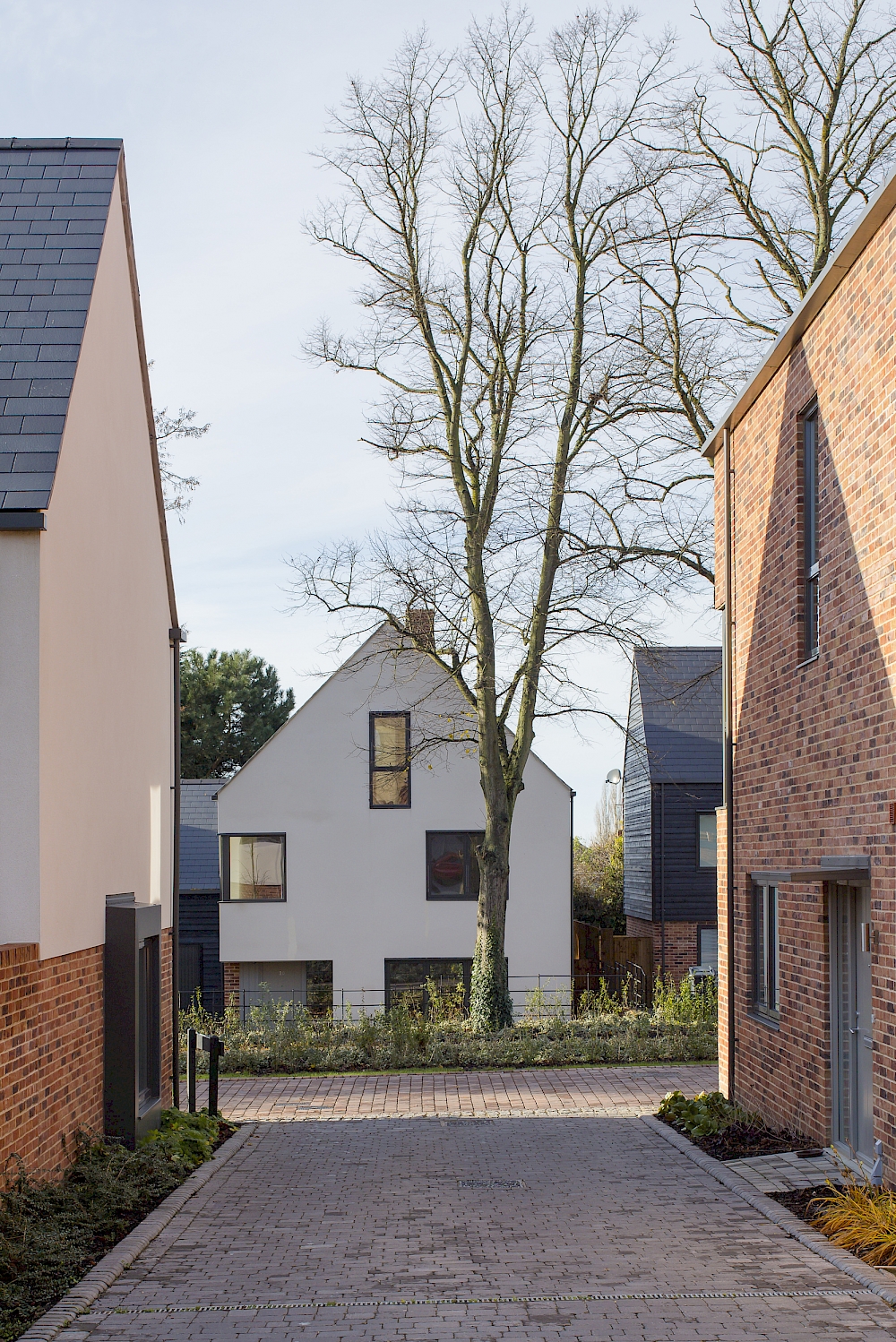 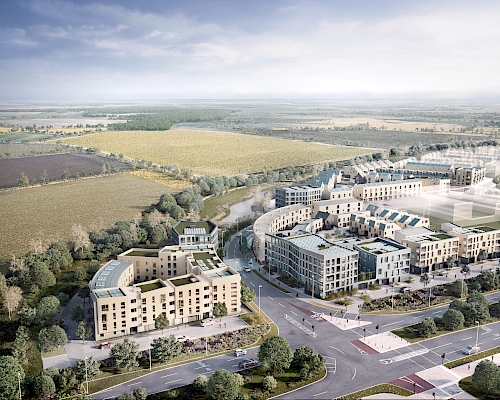