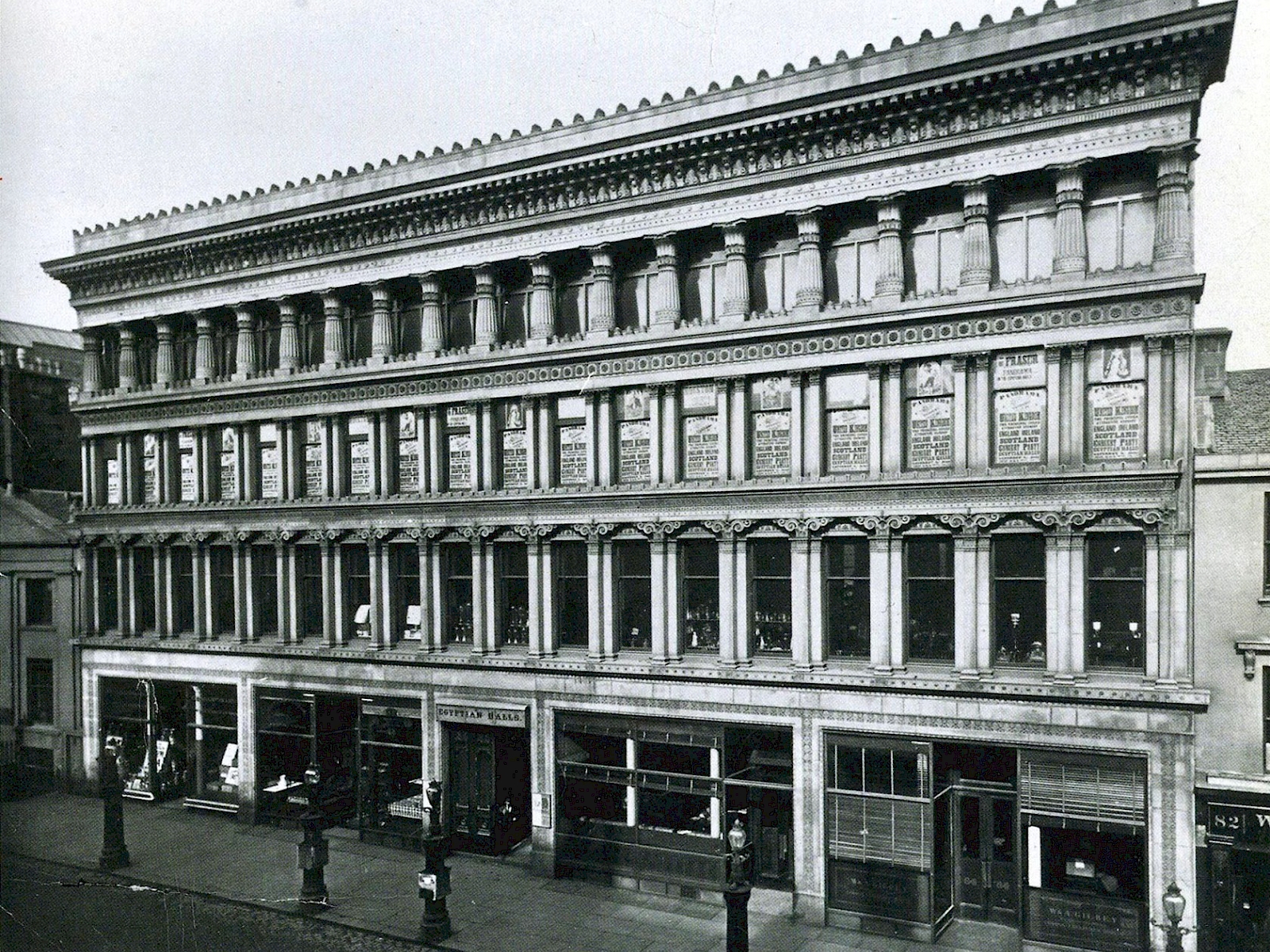 I’ve always been mad for Glasgow. It was the city I grew up with; where I studied; where I learned about the world-at-large. And even though I’ve been in London now for 15 years my thoughts keep taking me back there, one way or another. When I have questions about architecture, people and place – urbanism - I turn to Glasgow for answers.

It’s probably why, as this past year has forced us to reconsider what cities are for, one lockdown habit I’ve developed is combing Twitter’s Glasgow heritage accounts for images of the city’s amazing Victorian (and sometimes older) townscape. I’m biased of course, but the consistency, the solidity, the sheer there-ness of 19th century Glasgow looks like one of world architecture’s city-making high points.

In tandem with my Twitter trawls, I’ve been flying around Google’s Earth’s detailed 3D model of Glasgow to compare then with now. I’m no anti-modernist, no stuck-in-the-past bore, but it’s clear the city’s guardians have failed to look after what Ian Nairn called the ‘topographical epic’ of its gridiron core. So many great buildings have been lost over the years. It’s not quite a Scottish Detroit yet – but this is the city after all that allowed its most famous monument, the school of art by Charles Rennie Mackintosh, burn down twice.

Others lie empty and await the wrecking ball. Masterpieces like the Mackintosh-rivalling Lion Chambers by James Salmon junior of Salmon, Son & Gillespie. Or Alexander Thomson’s Egyptian Halls, a building that epitomises its architect’s vision of Glasgow as a sensual Corinth of the north. Their forlorn state however stems from the gamble Glasgow took in the eighties as it fought for its very survival: not on culture as the popular story goes, but on retail. As online shopping grows however, Glasgow’s centre - mostly shops, shops, shops - is being brutally hollowed out.

Yet as well as being two of my favourite buildings these at-risk register stalwarts offer clues to the post-lockdown problems cities face today, specifically, what kind of stuff architecture can make happen. It’s not rocket science though; just simply, that they’re both mixed-use.

The Lion Chambers, a proto-skyscraper built from reinforced concrete (one of the first of its kind in Britain), blended lawyers offices on the lower floors with light-filled artists’ studios above. (It was commissioned by William G. Black, a lawyer himself and a member of the Glasgow Arts Club). The Egyptian Halls on the other hand, which stacks horizontal layers of picturesque colonnades, a fusion of Greek, Roman, Egyptian and Romanesque references as if directly transplanted from a John Martin canvas, was more than a simple warehouse for its owner, iron manufacturer James Robertson. As well as street-level shops the building featured a lecture room, bazaar and a large central hall where displays of paintings and antiquities were staged, including the display of the complete Egyptian tomb of Thebes.

Clearly, there was once a greater sense of freedom regarding mixed-use. Glasgow’s Victorian heyday was as much about what happened in buildings as their form and fitness. Perhaps inspired by a passion for exposition - the city held four international exhibitions between 1888 and 1938 - its makers had mastered an architecture of invitation; buildings that facilitated a variety of uses that the many and varied enjoyed.

In our own portfolio, as we imagine how town and city centres can be revived, one building in particular stands out as an exemplar exploiting this same energy: Deptford Lounge. For those that don’t know it combines a primary academy, district library, community centre and artists’ studios with affordable homes. It also made the adjacent Market Yard possible. This restoration of a Victorian carriage ramp incorporates 14 commercial spaces within its arches that spill out onto a new market court. The Lounge was completed in 2011 but remains woefully under-discussed. In my view it offers a model for the building back better plan that will define the 2020s. It’s not bad looking either. Now you can freely roam London’s streets once again, it’s well worth a visit. 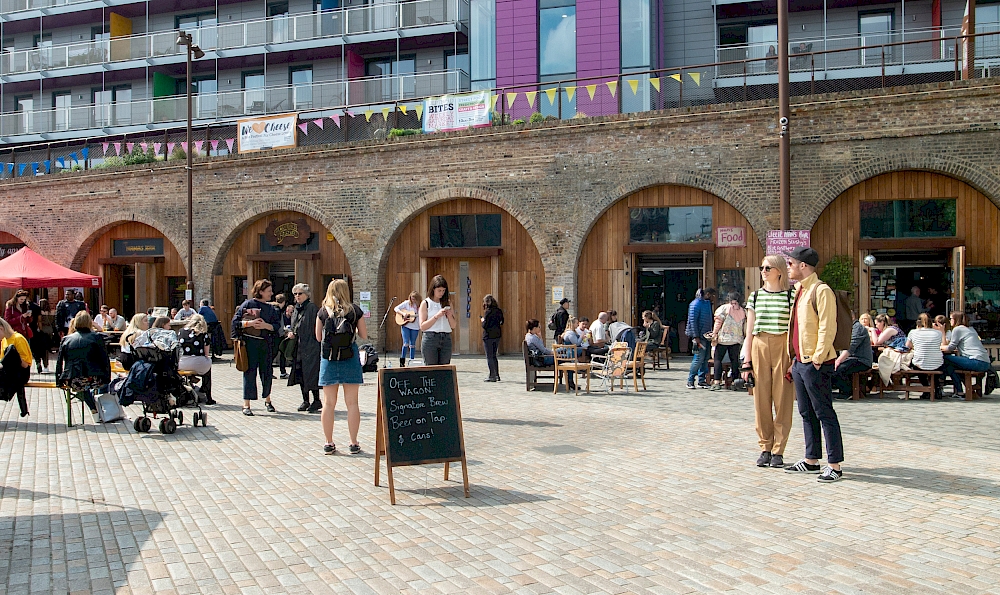 Next article
Create more with less