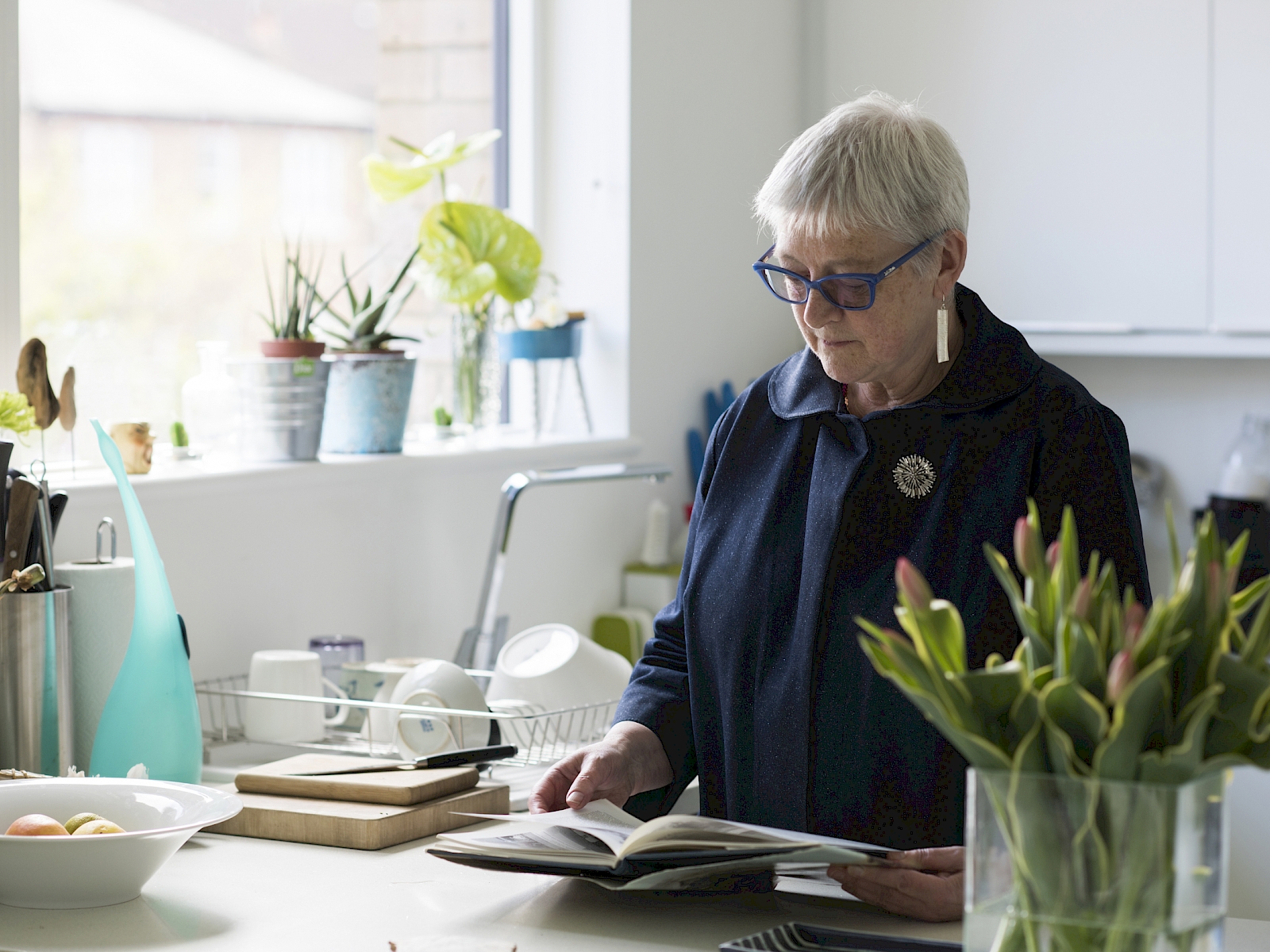 A couple of years ago PTE put on an exhibition at the Building Centre about offering people more of a choice – beyond the kitchen worktop and bathroom tiles - in the design of their homes. The aspiration was to extend the kind of control that the well-off have over their lives and surroundings, more widely, as variously demonstrated by New Ground, Packington and Beechwood.

Perhaps because we were inventing a process with the women of Older Women’s CoHousing (OWCH), we didn’t realise quite how much licence Hanover (now Anchor Hanover) was ready to give a group of women with no experience of development. Because Hanover’s declared interest was to see what we would enable the group to produce and what lessons there might be for their more conventional Third Age housing, the only constraint they placed on the process was the watchful eye of Nick Warmington from Philip Pank. We were not exceeding Hanover’s cost yardstick, he confirmed from time to time, while being drawn deeper and deeper into the process by, I think, the commitment and then growing excitement of the women. People involved in a successful cohousing process, especially one in which the whole group participated in the design of the scheme and were then able to customise their own flats, have a strong sense of ownership. In the case of OWCH, varied and active engagement in the neighbourhood followed, succeeded more recently by a sense of protection from the worst of Covid amid their wonderful gardens and well-established practice of mutual support.

Although the customers of the three projects we showed at the Building Centre were delighted, none of the techniques we used could be said to have universal, or even wide market application in the immediate future. The potential to spread these benefits may have had something to do with my positive reaction to the proposed new direction of UK planning legislation. Not with the proposed means of delivery but its focus on public involvement, and hence “choice”, in planning matters. (The kindest word here would be ‘aspirational’ though I am tempted by ‘unresolved’ and ‘undeliverable’.)

The stated objective of these proposals, from the NPPF to the National Model Design Code, was to ‘democratise’ the planning process. That’s a huge leap from choosing bathroom tiles and makes a conceptual switch from ‘development control’ or nimbyism, to participation in shaping proposals for developments that will be built. Designing co-housing collaboratively has demonstrated the benefits of this kind of participation. In the case of the planning system this could be bringing neighbours together to collaborate on shared tasks that are about designing their world. We also know that the process asks for big investments of time, emotional and intellectual energy. Many people find this too much, even when the prize is a bespoke home in a development they helped to design. It is hard to imagine that any but those who already take an interest in local government will be prepared to invest anything like the same effort in abstract zoning plans.

The careful management of collaborative design processes so that all voices are heard will be impossible if only the loudest voices wish to take part. Hoping to apply these processes to planning, without taking the time to think it through, risks those who want to oppose any change still being the loudest or perhaps the only voices in the room, digital or otherwise. Back to the drawing board.

Next article
Compliance does not mean quality