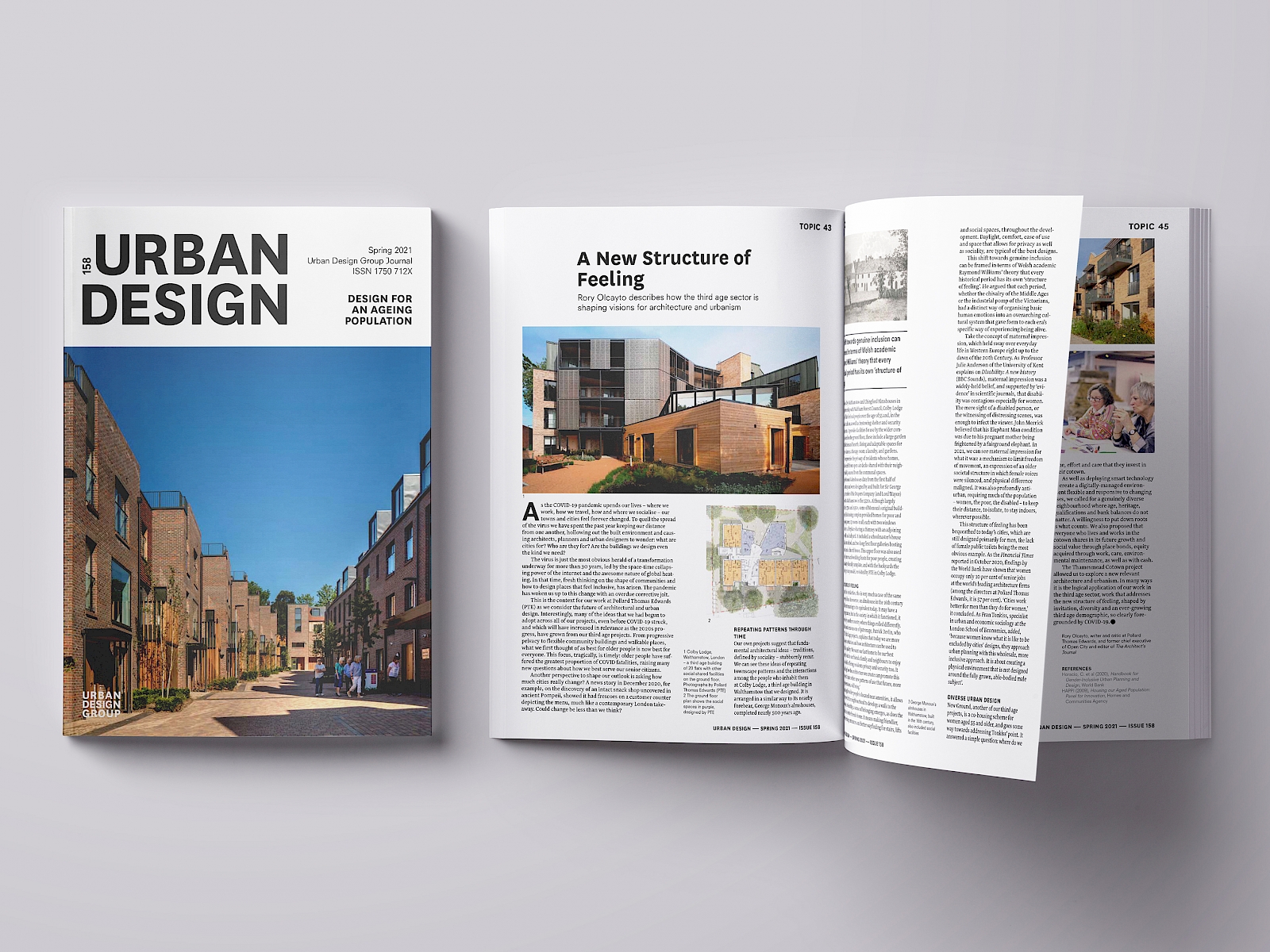 An essay by Rory Olcayto on how PTE’s Third Age housing has influenced the entire practice output is featured in the spring 2021 edition of Urban Design.

Entitled ‘A new structure of feeling’ the essay for the Urban Design Group’s quarterly journal explores how inclusive design ideas explored in projects for ageing populations, such as progressive privacy, flexible community buildings, walkable places and co-design, have become central to PTE’s studio design culture regardless of project type.

The essay posits that this shift towards inclusion, in which PTE has played a pioneering role, and the city-making professions are now taking more seriously, can be framed in terms of Welsh academic Raymond Williams’ theory that every historical period has its own ‘structure of feeling’. He writes: “[Williams] argued that each period, whether the chivalry of the Middle Ages or the industrial pomp of the Victorians, had a distinct way of organizing basic human emotions into an overarching cultural system that gave form to each era’s specific way of experiencing being alive.” PTE projects discussed include Colby Lodge, New Ground, Woodside Square (also featured on cover) and Thamesmead Waterfront.

Other articles in the journal whose theme this issue is ‘design for an ageing population’, include 'The Importance of Sociality' by Nick Tyler, director of UCL’s Centre for Transport Studies, 'Age-Friendly Urban Policy and Design in a Japanese City' by Amber Roberts of Queen’s University, Belfast, and a photo-essay on Tibby’s Triangle in Southwold, Ash Sakula’s excellent mixed-use scheme completed in 2019.

Next article
Compliance does not mean quality