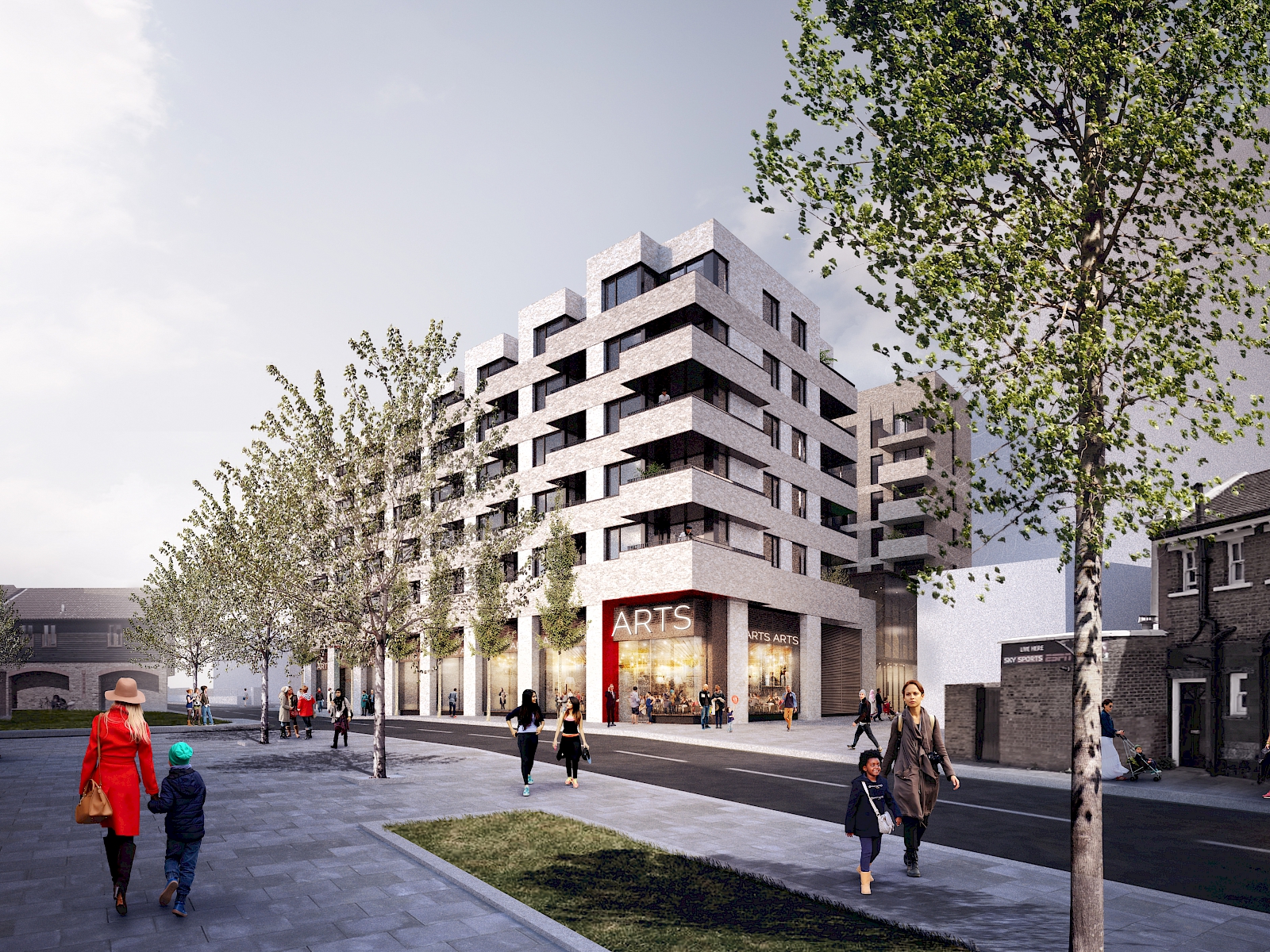 The joint venture between London Green and Topland Group secured planning permission from the London Borough of Hounslow for both the redevelopment of the former police station in Brentford town centre and the creation of a new housing scheme on the nearby Albany Riverside site.

Designed by PTE, the redevelopment of the former police station site will provide 105 new homes and end a long-running search for a new home for the Watermans Arts Centre.

In addition to granting permission for the former police station site, Hounslow’s planning committee also gave the green light for London Green’s proposed redevelopment at Albany Riverside which involves the demolition of a disused office building, as well as the existing Watermans Arts Centre, and the creation of 193 new homes designed by Duggan Morris Architects.

The development, which occupies a prominent riverside location opposite the Kew World Heritage Site and adjacent to Watermans Park, will also include a ground floor café and improvements to the Thames Path.

Recommending approval, Hounslow planning officers described both Albany Riverside and the redevelopment of the police station as being of a high design quality.

Next article
Evolution is usually better than revolution