Pollard Thomas Edward’s scheme for 26 new mixed tenure homes was one of a series of schemes to transform a former brownfield site in Islington. At the rear of a traditional high street, the former timber yard was surrounded by Victorian terraces, and adjacent to Family Mosaic’s recently completed 5-storey mixed use development.

PTE’s scheme reflects the urban grain established by the existing light industrial buildings, preserving the character of an intricate assembly of industrial vernacular buildings that has evolved over the decades. Mews houses and a three-storey apartment block wrap around an ‘industrial courtyard’, accessed through an archway in the 5-storey street-front apartment building. The courtyard is activated by entrances to the houses and flats.

The scheme was carefully designed in consultation with the neighbours to minimise overlooking or overshadowing. The simple folded roof forms, robust brick elevations and metal detailing on balconies and facades echo the warehouse heritage of the area. 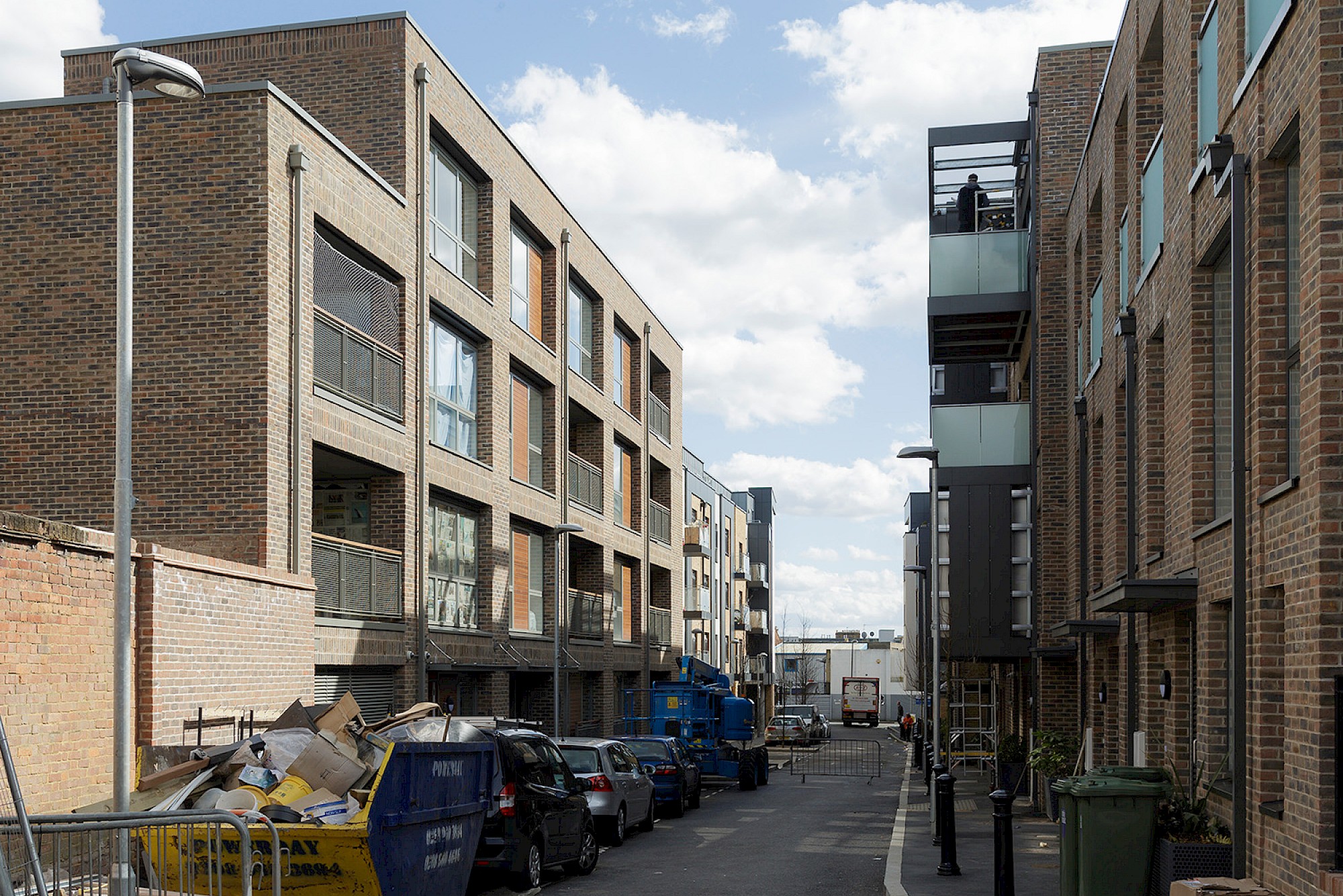 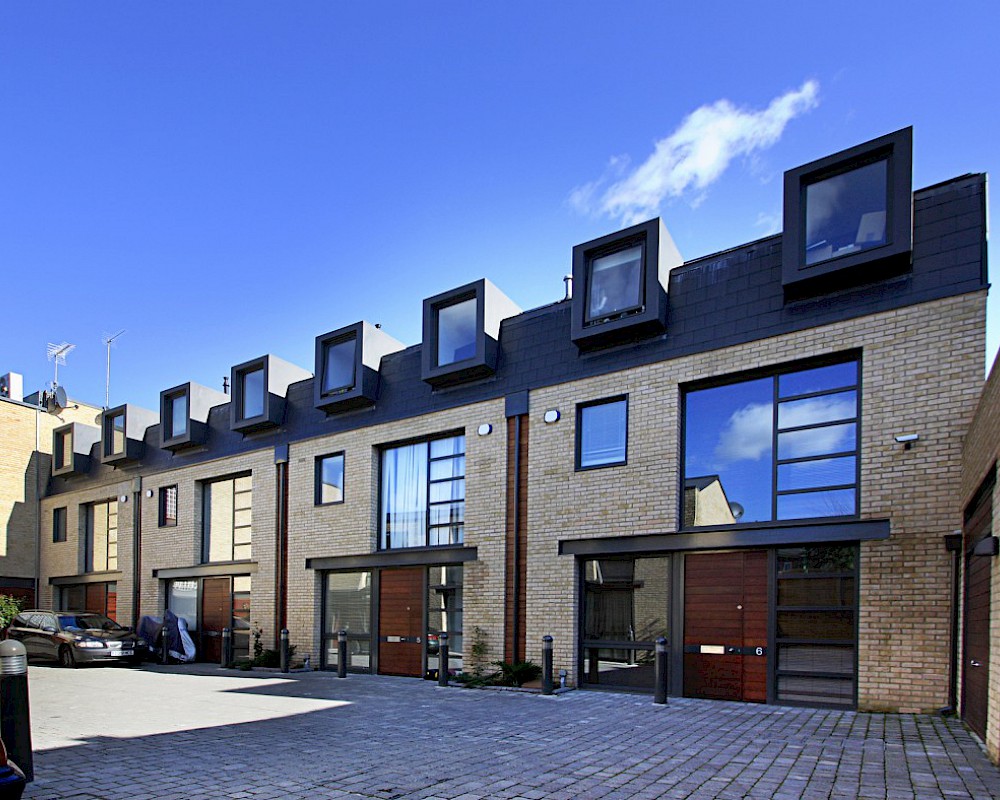 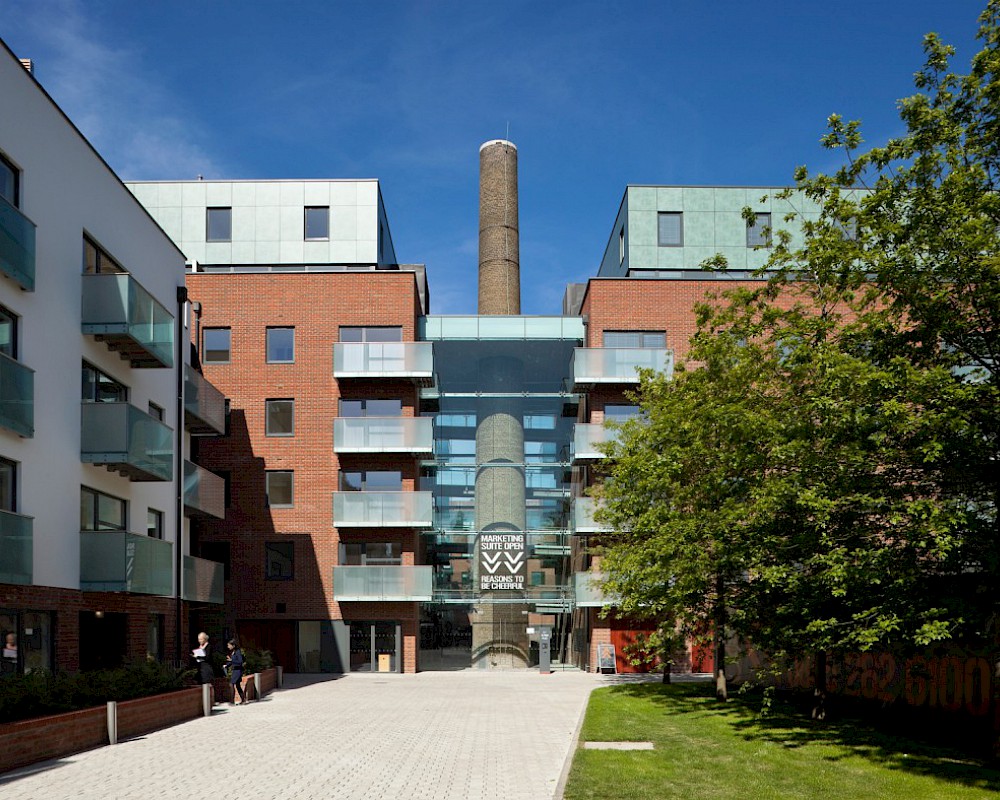 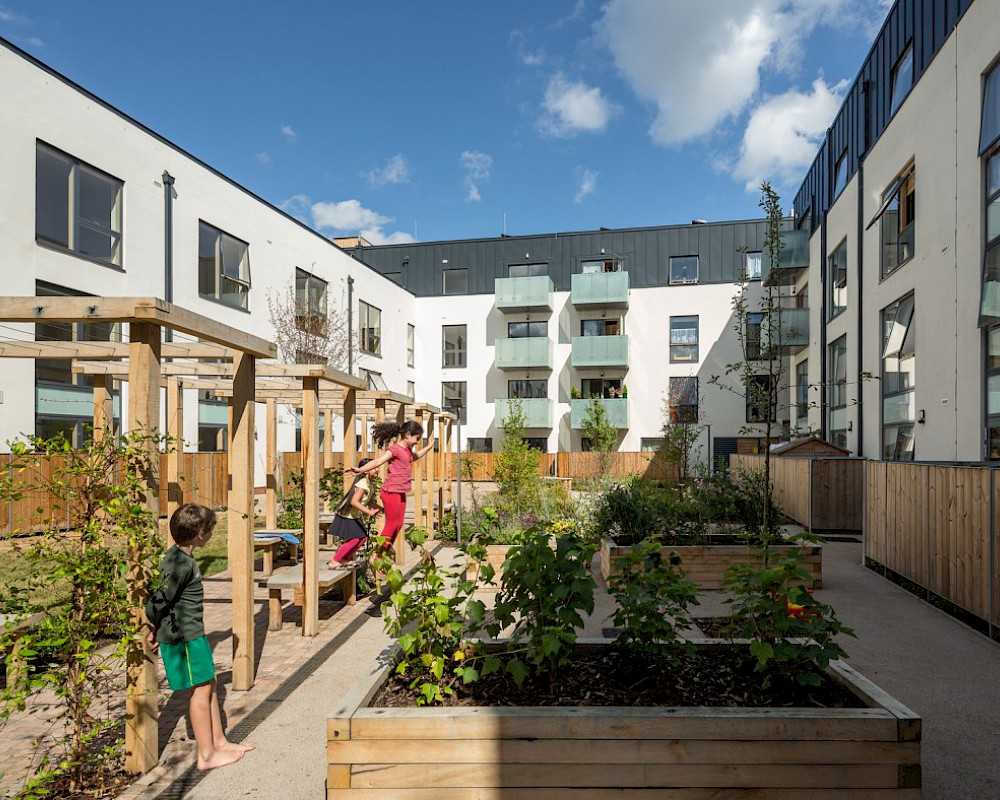