Cambridge House is a charitable organisation based in Southwark which offers a number of services to alleviate the effects of poverty and to support social change. Their headquarters, which they have occupied since 1889, consisted of a number of interlinked buildings, including five early 19th century Grade II listed houses fronting Camberwell Road; and two late 19th century structures fronting Addington Square – Gilroy Hall and the two-storey adjoining house. These buildings were unsuitable for visitors with any degree of physical, mental or sensory impairment.

PTE’s scheme supports the delivery of a first-class service to the community of Southwark by creating a building of exemplar accessibility within the context of a listed building. The courtyard at the centre of Cambridge House is both the main orientating device and the lungs of the redeveloped building. The previously labyrinthine circulation has been replaced with a new arrangement of lift, stairs and ramps: these provide a clear route directly from the entrance to the two principal floors and provides easy access to those with impaired mobility.

The existing buildings have been refurbished, and there is a clear distinction between the retained fabric and new interventions. The temporary additions in the courtyard have been replaced with properly serviced, low energy flexible office accommodation, and a new mezzanine floor of meeting and activity spaces has been inserted in Gilroy Hall. 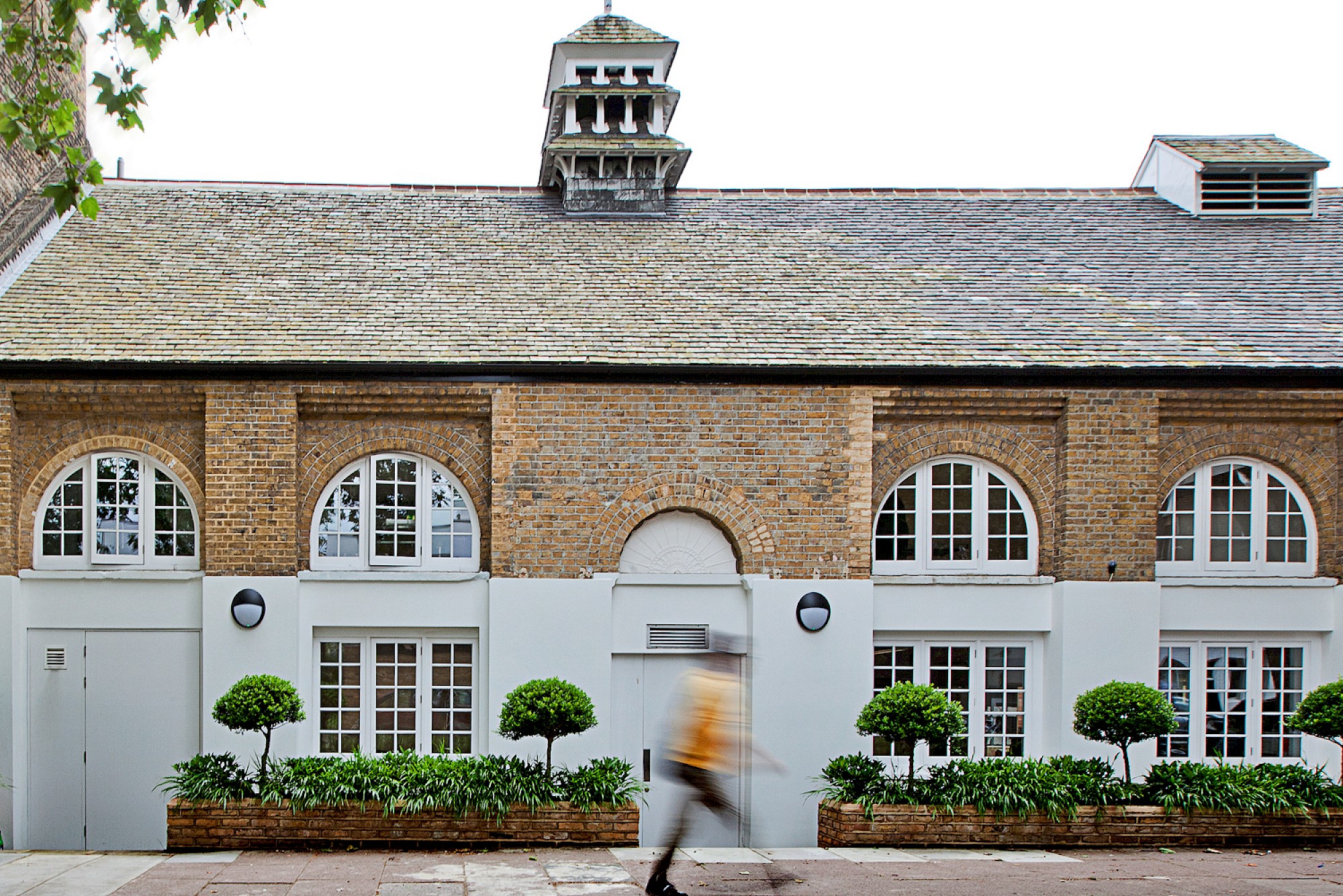 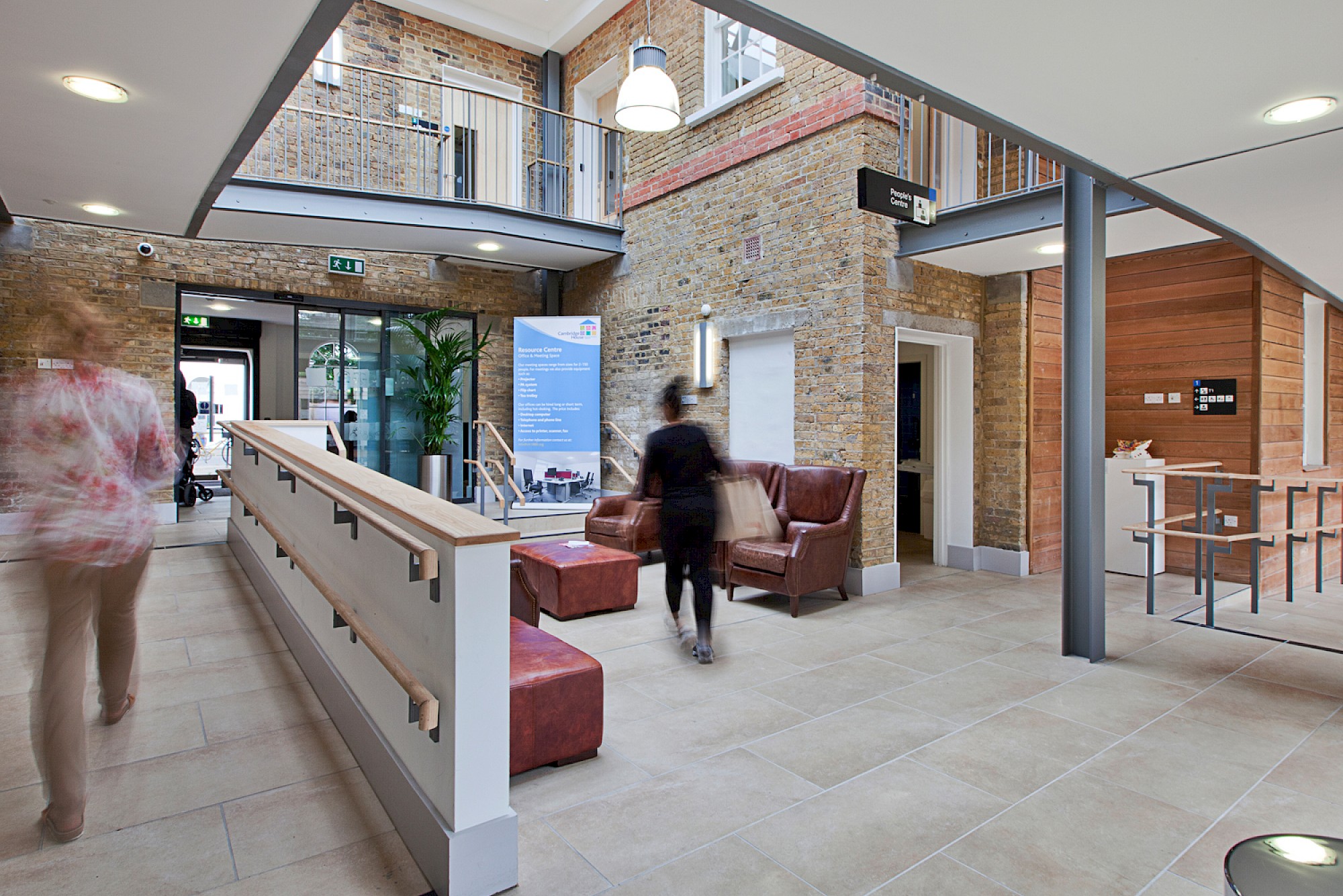 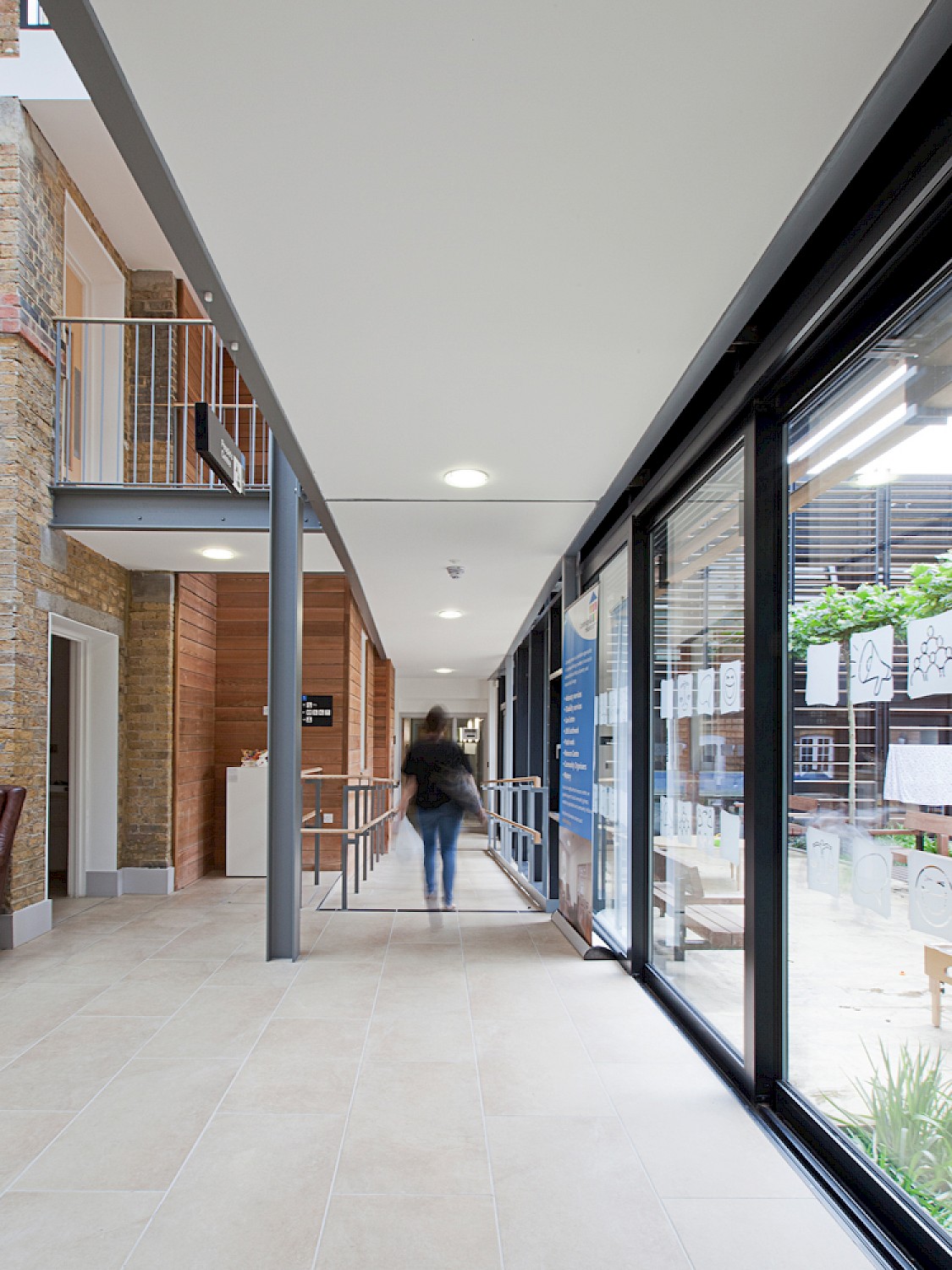 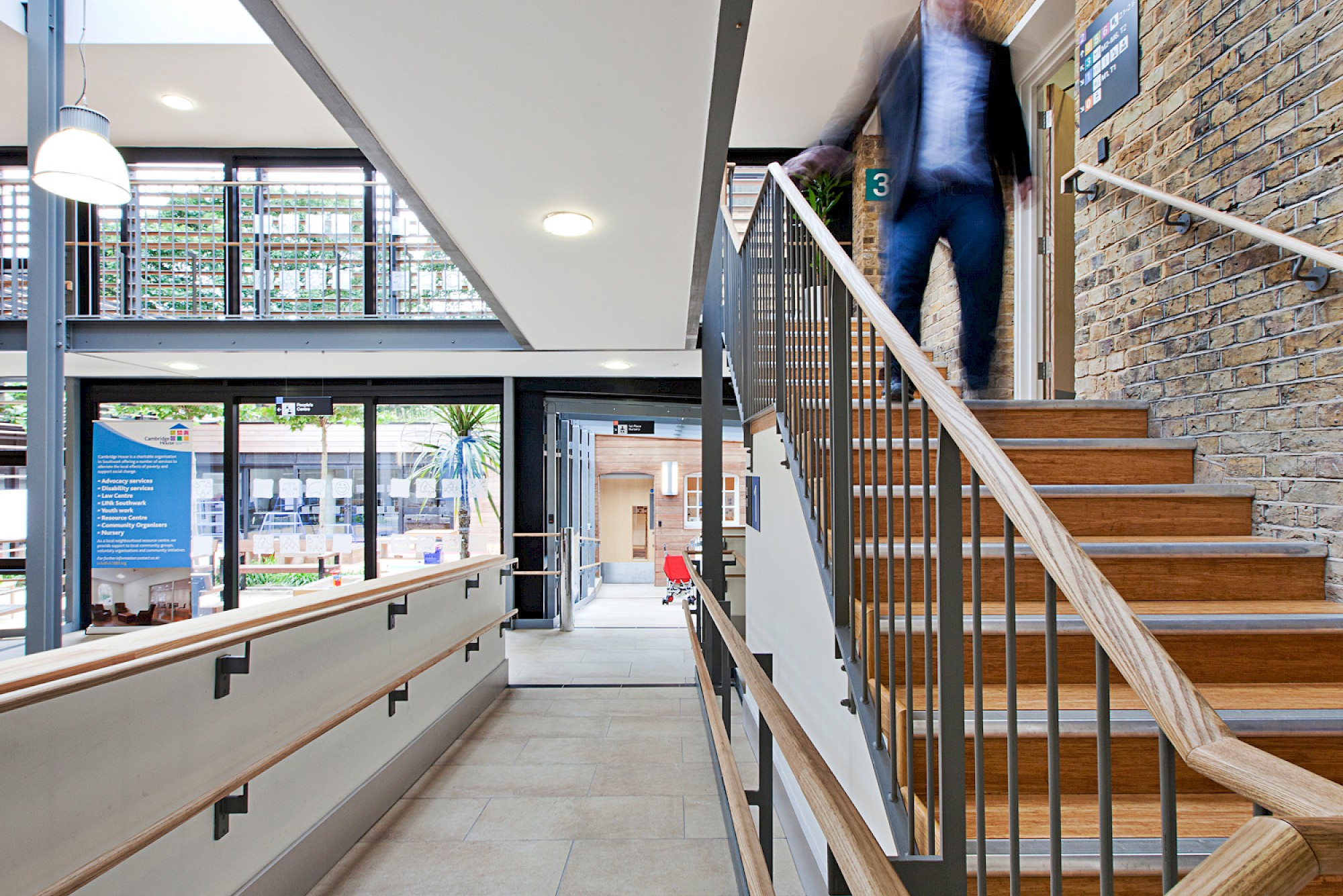 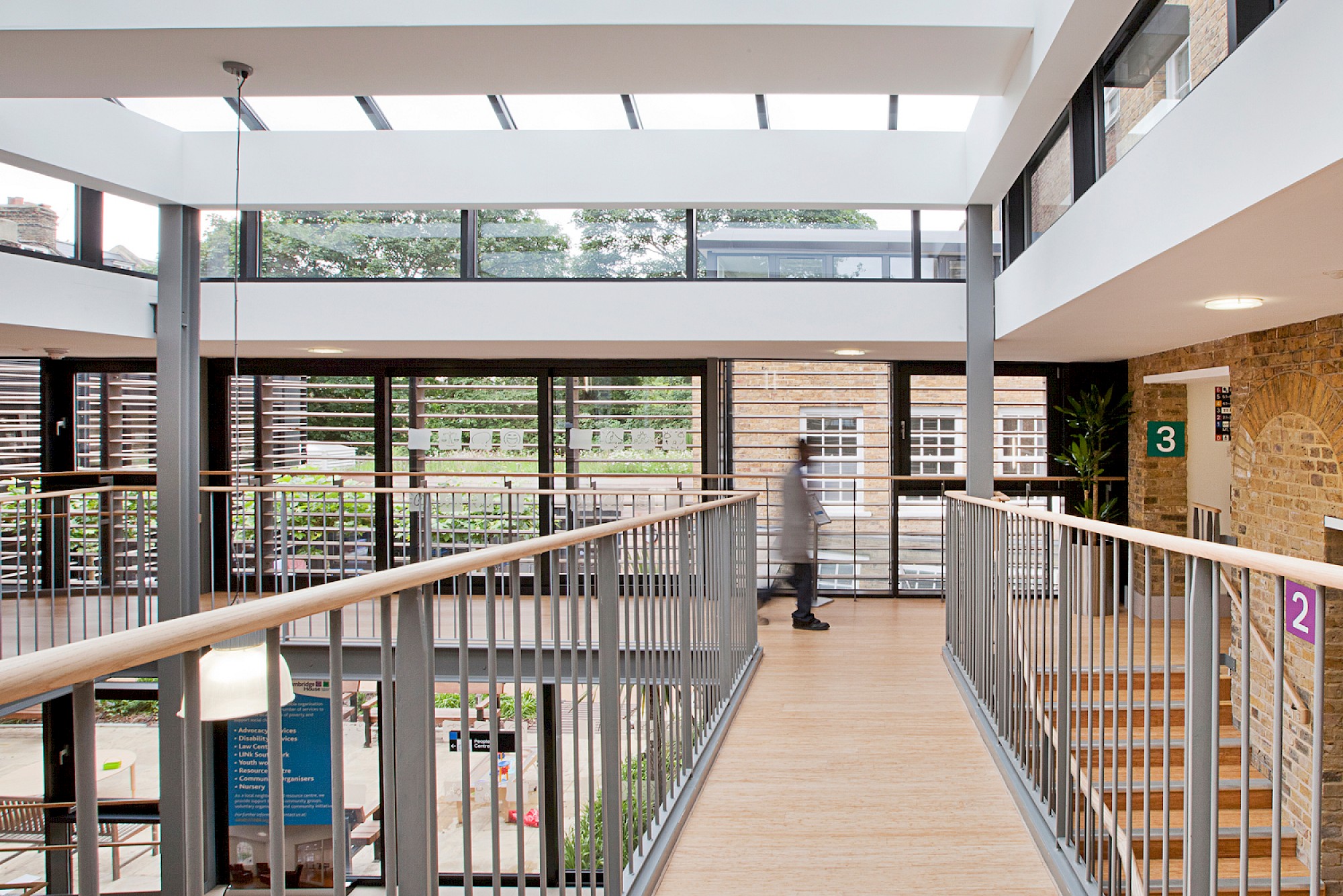 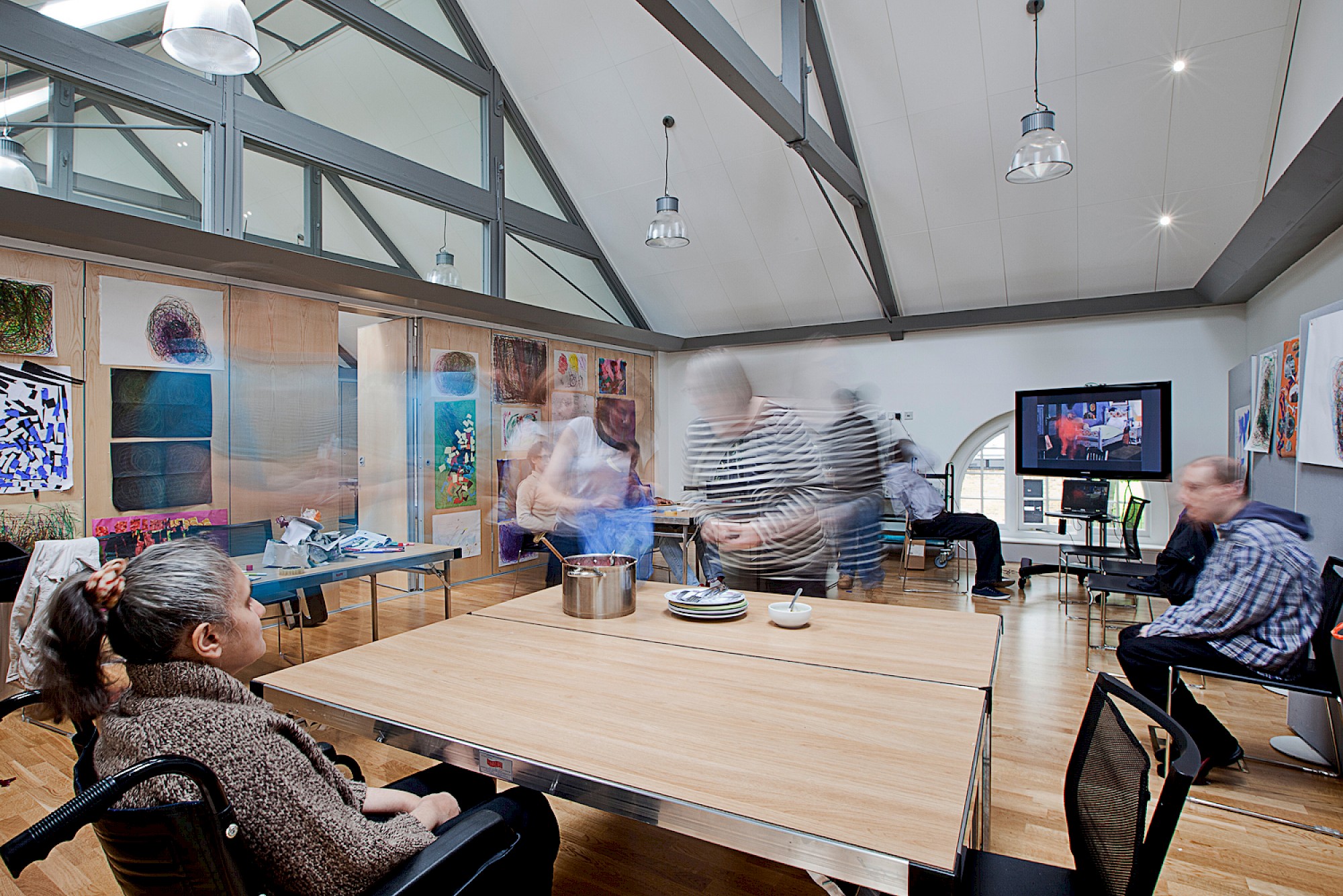 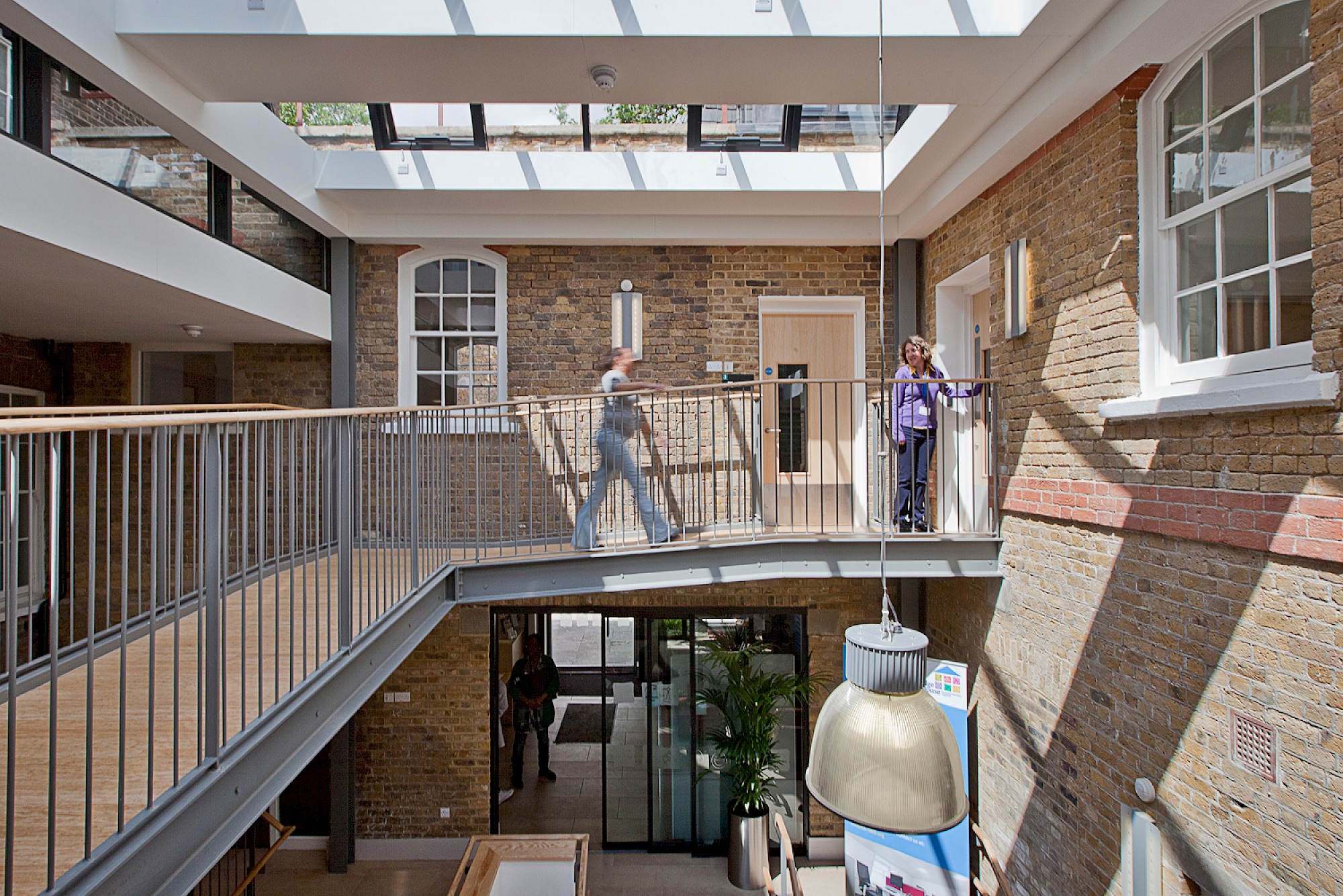 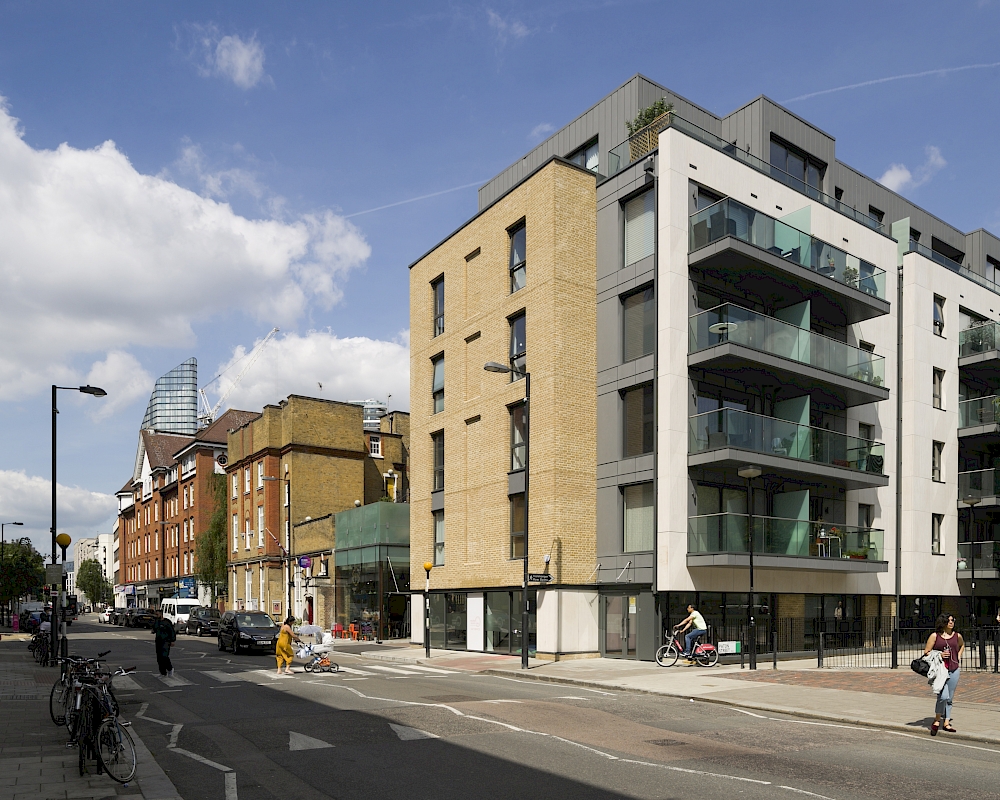 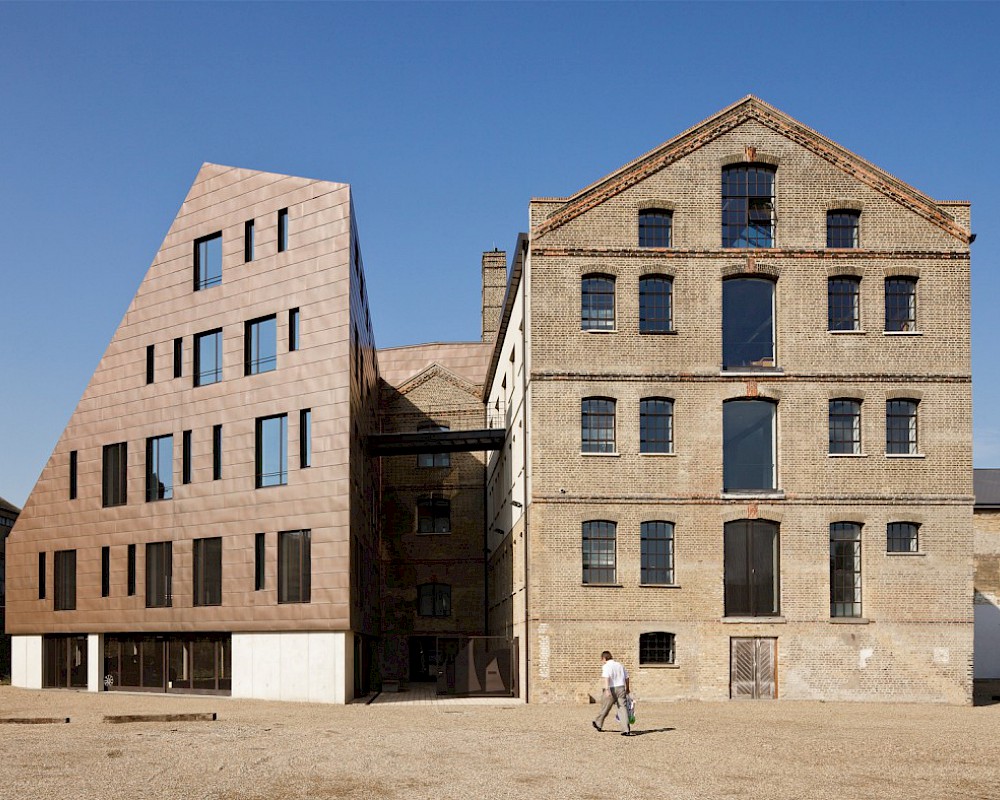 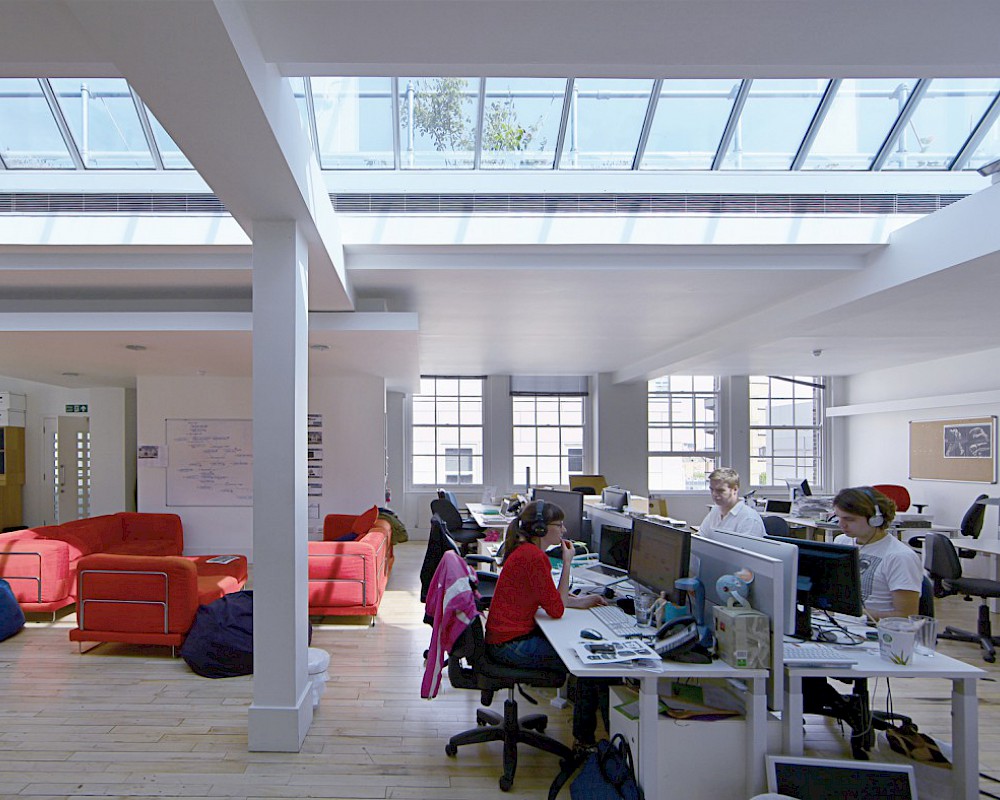