Since our four architectural practices came together to publish the first Superdensity report in 2007 (Recommendations for Living at Superdensity) many of its recommendations have become accepted best practice. However, the intensity of development in London continues to increase, in some cases way beyond the densities envisaged in our earlier study, and as such we feel it is time to both restate those principles and air emerging concerns. The proliferation of tall towers is one controversial aspect of this trend, but not the only one.

We are concerned about the immediate social and environmental impacts of very dense developments and their long-term sustainability. We also observe that this new superdensity – which we’ve dubbed hyperdensity when it’s over 350 homes or dwellings per hectare - derives, not from London’s distinctive and popular urban forms, but from global development patterns. We may well ask, is London becoming a victim of its own success, meeting demand by sacrificing the very distinctiveness which makes people want to live and work here?

Though the rash of tall towers is a concern, this report is not another campaign against those per se – that genie is out of the bottle. Rather, it gives positive guidance on how to combine ambitious densities with popular and familiar urban forms.

Building on our first report, through a series of essays and case studies, we show that it is possible to create successful places based around streets and a variety of urban typologies, including houses and medium-rise apartment blocks, as well as some carefully integrated taller buildings. 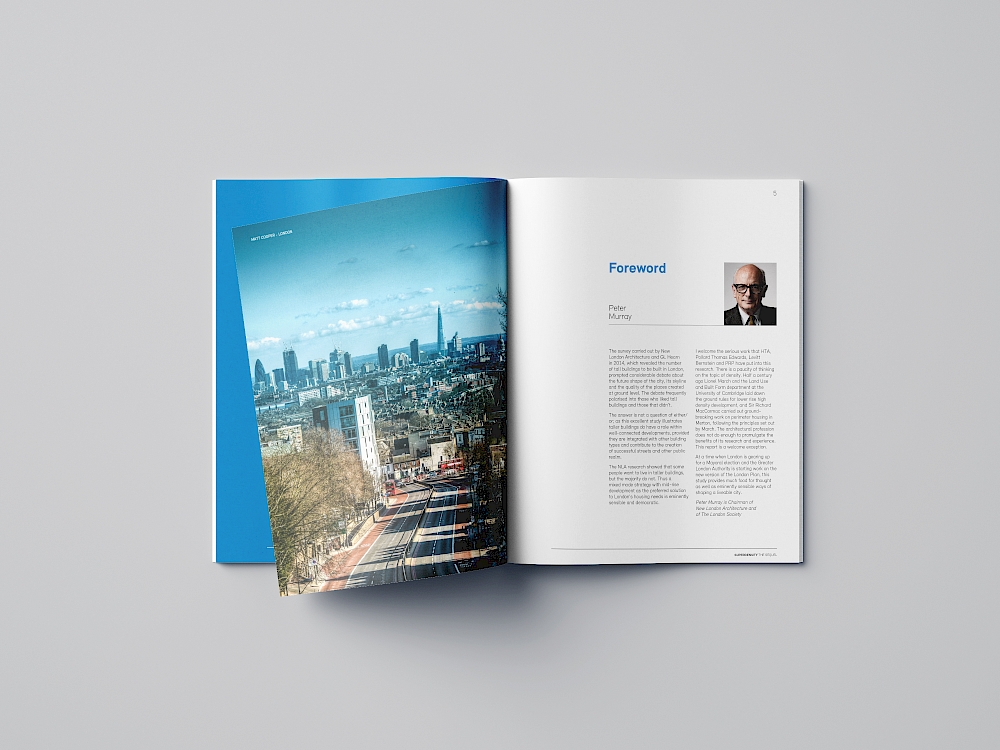 I welcome the serious work that HTA, Pollard Thomas Edwards, Levitt Bernstein and PRP have put into this research. There is a paucity of thinking on the topic of density. Half a century ago Lionel March and the Land Use and Built Form department at the University of Cambridge laid down the ground rules for lower rise high density development, and Sir Richard MacCormac carried out ground-breaking work on perimeter housing in Merton, following the principles set out by March. The architectural profession does not do enough to promulgate the benefits of its research and experience. This report is a welcome exception.”
“
Peter Murray is Chairman of New London Architecture and of The London Society

Back to Research
and innovation
Challenge the brief, but respect the author