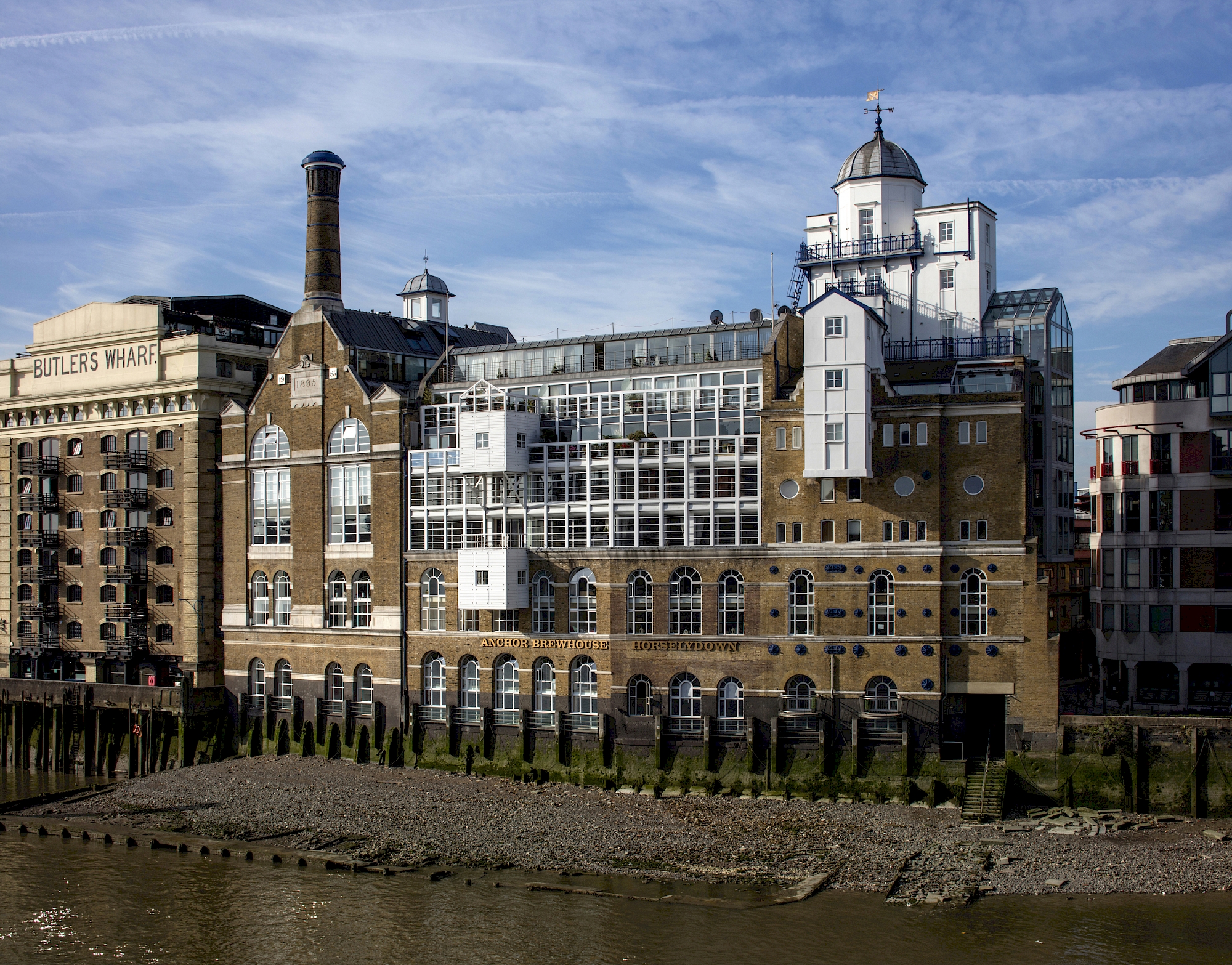 Anchor Brewhouse overlooks the Tower of London on the south bank of the river next to Tower Bridge. It is an outstanding example of Victorian industrial architecture which formed part of the Courage Brewery site until brewing ceased in 1981.

The new Anchor Brewhouse is one of the first products of the strategy conceived by PTE for transforming the 12-acre Courage Brewery complex. Our strategy comprised a masterplan for reuse or redevelopment, selling components to developers conditional on an outline consent for the overall scheme. The Anchor Brewhouse was one such part.

Our aim was to restore the elevations to their original appearance. So we restored the existing brickwork, stonework and historic cast-iron details, and made the decision to retain the chimney. The central louvred section had been bombed during WWII, and only roughly rebuilt. We replaced it with a bold modern steel and glass section, together with the projecting wooden boxes which originally allowed materials to be winched up from the barges in the river below - these now form bays which provide views up and down the river. The major change which we made to the original shell is the great vertical glass bay which we inserted into the previously blank west end of the complex overlooking Tower Bridge.

Anchor Brewhouse now consists of 62 apartments, including studios, maisonettes, one- and two-bedroom apartments and a large penthouse on three floors, including the whole ninth floor. 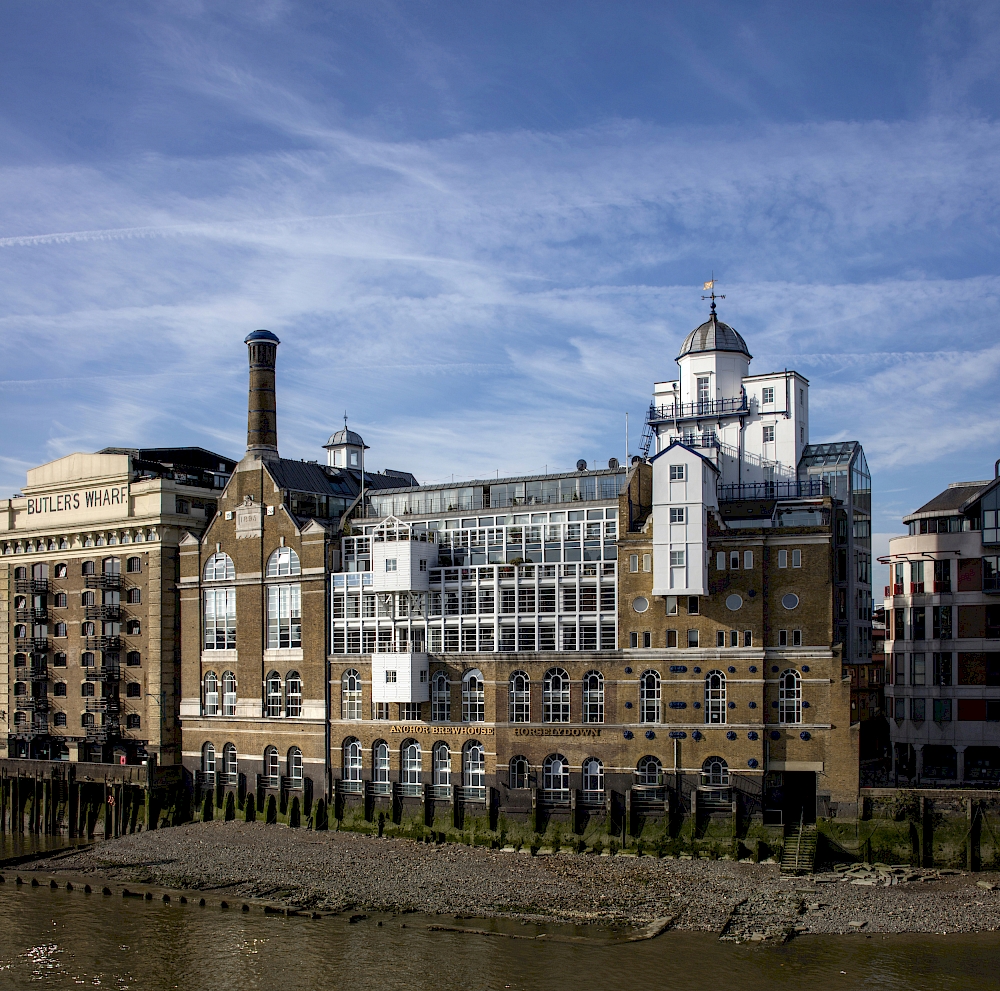 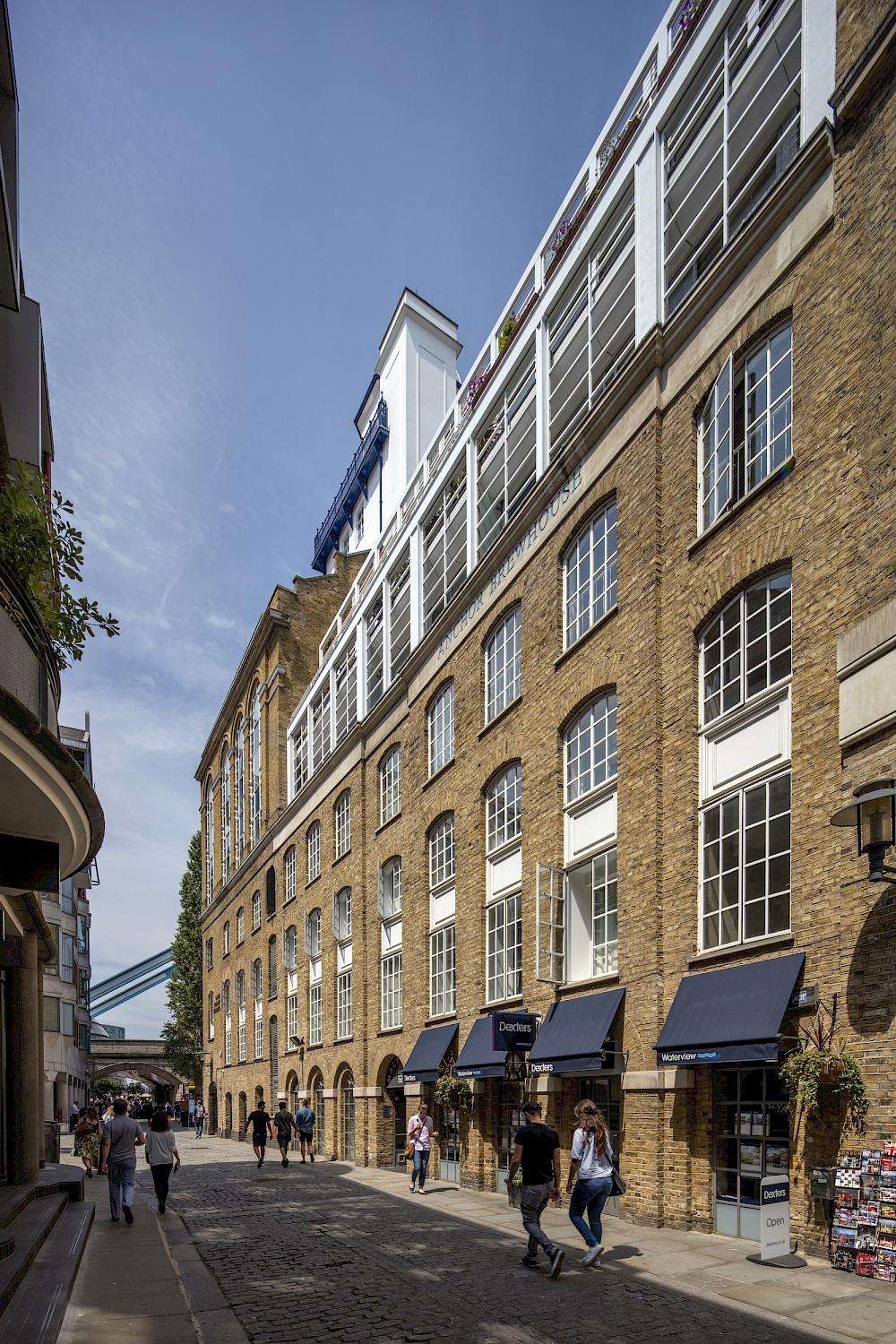 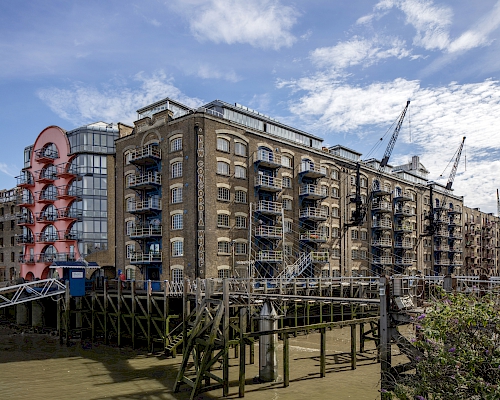