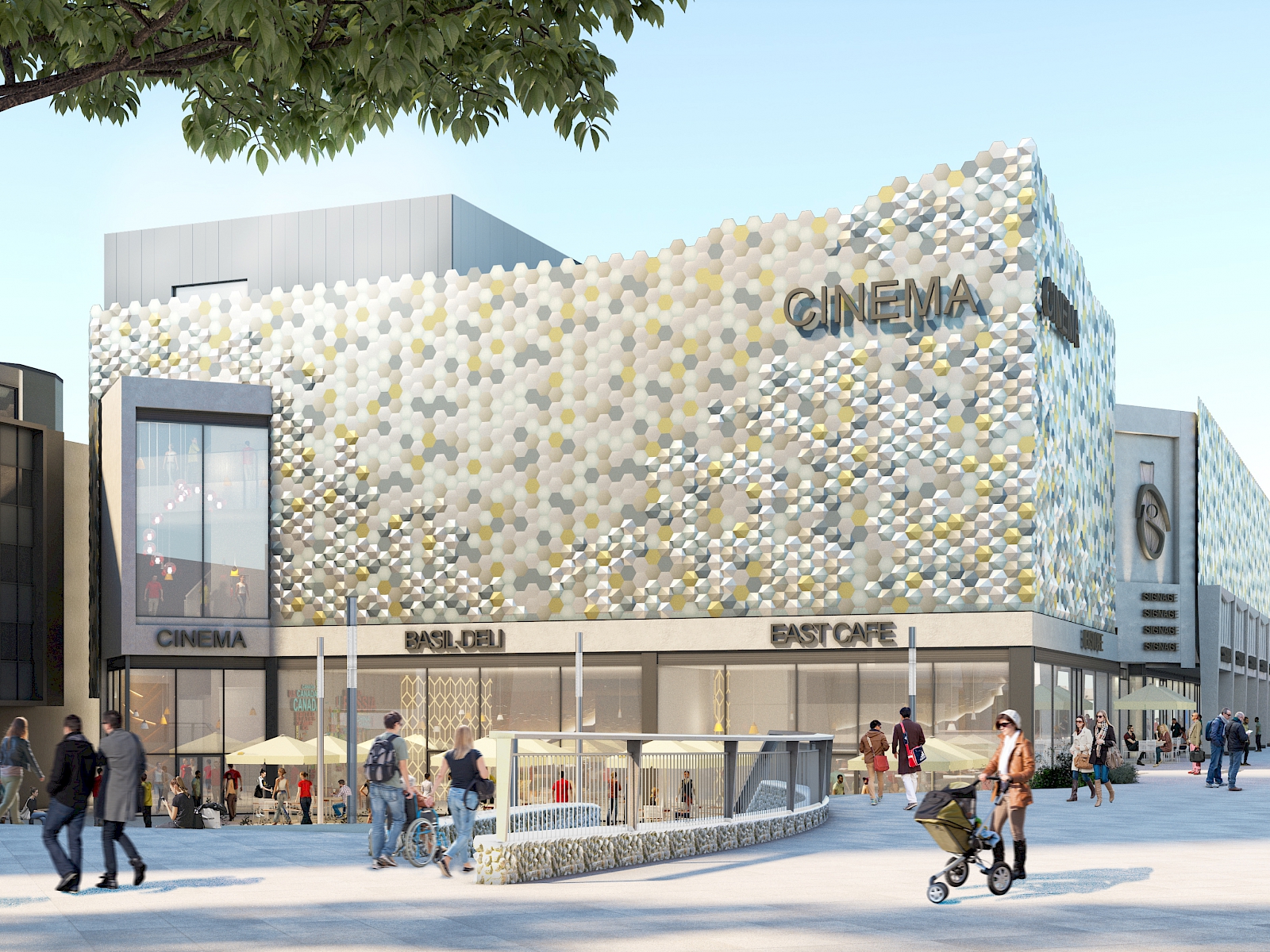 Inspired by the neighbouring ceramic murals which depict the original spirit of new town design, PTE's plans for East Square are the first component of an ambitious masterplan to regenerate and densify the town centre.

PTE has been chosen by Basildon Borough Council to deliver the council’s aspiration to introduce a daytime and evening leisure, entertainment and food offer in the town centre. This proposal includes: a 10-screen multiplex cinema, six new restaurants; and upgrades the setting of an important civic space which is bordered by the grade II listed Brooke House by Sir Basil Spence and Anthony Davies.

Carl Vann, Partner at PTE said: “Regenerating East Square and introducing new uses will create the outward ripple effect intended by the Council to raise the game for Basildon Town Centre. We want to tap into the rich heritage of the Festival of Britain-inspired context and add new buildings which respect this, but elevate it for the 21st Century.”

Cllr Alan Ball, Basildon Council’s Chairman of the Regeneration and Environment Committee, said: “I am delighted our exciting plans for East Square are moving forward with Pollard Thomas Edwards. This development will boost the local economy and provide new jobs for local people. We want East Square to be a destination of choice rather than convenience.”

Next article
Evolution is usually better than revolution